The area and geography of regional research stations are mentioned below. 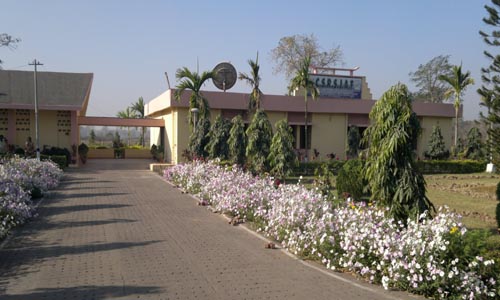 Central Seed Research Station for Jute and Allied Fibres (CSRSJAF) was established in the year 1962 with an area of 86.1 ha of land at Bud Bud, Burdwan, West Bengal with its earlier name as Central Nucleus Jute Seed Multiplication Farm. This regional station is mainly deals with the production of nucleus seed of jute and allied fibres through maintenance breeding, multiplication of breeder seeds of notified varieties of jute, mesta and sun hemp as per DAC indent, production of quality seed of other field crops under ICAR seed project like Mega Seed Project, multiplication of seeds of pipeline varieties of jute and allied fibres under All India Network Project and conduction of other research projects (both in-house & externally funded) on fibre crops. This centre is actively involved in protection of jute varieties and DUS testing. 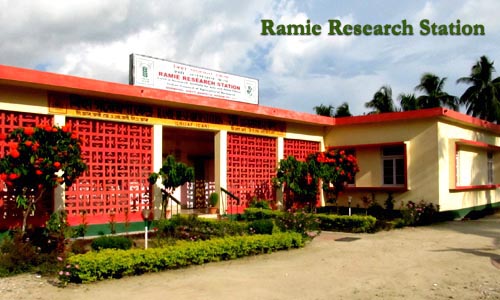 In order to promote Research and Developmental activities of World’s oldest, longest and strongest natural fibre crop i.e., Ramie in the country as a whole and North Eastern States in particular, the Indian Central Jute Committee in April, 1960 established Ramie Research Station at Village Kamargaon, P.O. Sorbhog, (earlier in Kamrup District) under the Jute Agriculture Research Institute (JARI), Kolkata (WB). In 1966 JARI was taken over by Indian Council of Agriculture Research (ICAR) and in 1990 Jute Agriculture Research Institute (JARI) was renamed as Central Research Institute for Jute and Allied Fibres (CRIJAF). Ramie Research Station is a central government research and development station of Central Research Institute for Jute and Allied Fibre with its headquarter at Barrackpore, Kolkata, W.B. Total area under RRS in 69.02 ha. consisting three farms. It situated about 140 kms from Guwahati Air Port, 40 kms for district head quarter at Barpeta and 50 kms from New Bongaigaon Rly Station. 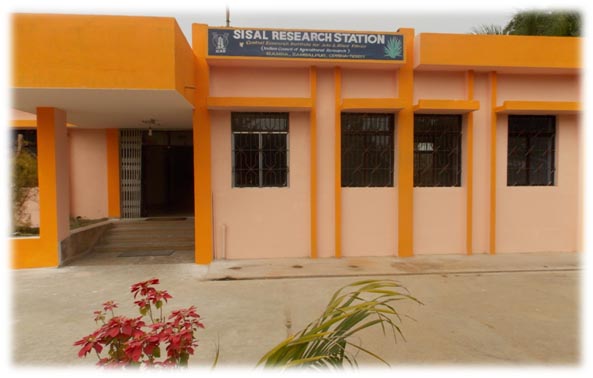 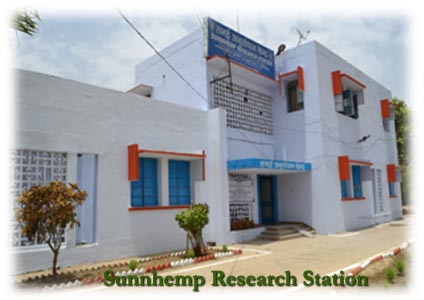 Sunnhemp Research Station, was established at Pratapgarh, Uttar Pradesh in 1963, under the control of Indian Central Jute Committee on the recommendation of Benjamin comm ittee. Now the station is working under the control of Central Research Institute for Jute and Allied fibre (CRIJAF), ICAR, Barrackpore, Kolkata, West Bengal. The Station is situated 60 kms away from Allahabad. The total area of this station is 12.4 ha. The station deals with the research work on sunnhemp and flax crop with the following mandates.

Since its establishment, the station has carried out a number of notable research activities according to its mandate. The important ones include collection, evaluation and maintenance of germplasm, development of high yielding varieties. viz., K-12 Yellow, Shailesh, Swastik, Ankur etc., standardization of package of practices, development of sunnhemp based cropping systems, seed production technology, evaluation of sunnhemp as a green-manuring crop, survey and surveillance study of insect pests and diseases and their control measures. Recently the station has been given the responsibility of research work on Flax also. The works started with the collection and evaluation of germplasm. Breeding of Flax for development of better performing varieties and development of package of practices are underway.